Rust has recently gained significant popularity. It has been achieving top rankings in the _Most Loved Language_-category of the Stack Overflow developer survey for many years in a row. The reasons for Rust's success are manifold. The language is statically typed but with zero-cost abstractions, it eliminates entire classes of bugs because of its memory safeness, it generates blazingly fast code, you can build a wide variety of application types ranging from embedded systems for IoT devices to RESTful web APIs in the cloud, etc.

This workshop has been designed for developers who want to start working with Rust professionally and already have a solid background in programming from other C-like languages like Java, C++, C#, or JavaScript/TypeScript. It is not specialized in a specific field of use, but should rather equip attendees with the fundamental knowledge to successfully get started with Rust. 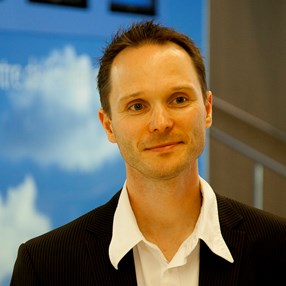 Rainer Stropek is co-founder and CEO of the company software architects and has been serving this role since 2008. At software architects Rainer and his team are developing the award-winning SaaS time tracking solution “time cockpit”. Previously, Rainer founded and led two IT consulting firms that worked in the area of developing software solution based on the Microsoft technology stack.

Rainer is recognized as an expert concerning .NET development, software architecture and databases. He has written numerous books and articles on C#, database development, Microsoft Azure, XAML, and web development. Additionally he regularly speaks at conferences, workshops and trainings in Europe and the US. In 2010 Rainer has become one of the first MVPs for the Microsoft Windows Azure platform. In 2015, Rainer also became a Microsoft Regional Director. 2016, Rainer also got the MVP award for Visual Studio and Developer Technologies.

Rainer graduated the Higher Technical School Leonding (AT) for MIS with honors and holds a BSc (Hons) Computer Studies of the University of Derby (UK).