Docker is a platform for running applications in lightweight units of compute called containers, and Kubernetes is an orchestrator for managing containers with high availability and scale. In this workshop you'll learn all about building and running .NET Framework and .NET Core apps in Docker containers, how to make your Dockerized apps ready for production, and how to run and manage containers in Kubernetes.

Migrating your .NET apps to Docker is an easy way to power a cloud migration with no code changes, but it's also a great starting point for decomposing complex and brittle monoliths. You'll learn how to break features out of the monolith and run them in separate containers, using Docker and Kubernetes to plug everything together. You'll see how to use containers to modernize your architecture and adopt new patterns and technologies without a full rewrite.

You'll use Docker and Kubernetes with Windows and Linux containers and learn all about:

- how Docker containers work on Windows
- packaging .NET Framework apps using Docker
- packaging .NET Core apps using Docker
- breaking features out from a monolith into separate containers
-- using event publishing to modularize the back-end of your app
-- using a reverse proxy to modularize the front end of your app
- adding monitoring to your containers
- making your containers production ready
- running your apps at scale with an orchestrator
-- using Kubernetes in a single node Linux cluster
-- using Kubernetes in a mixed Linux-Windows cluster
- how to run a full CI/CD pipeline using Docker 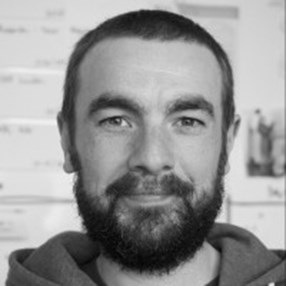 I'm a Pluralsight Author, Microsoft MVP and Developer Advocate at Docker, Inc. I've been architecting and delivering successful solutions with Microsoft technologies since 2000, most recently Big Data and API implementations in Azure, and distributed applications with Docker.